In his new role, Daehler will be responsible for the innovation, development, production and operation of Sierra Space’s satellite products and services. He brings more than two decades of aerospace and defense experience to the company, with a broad background in program management, business development and product innovation. 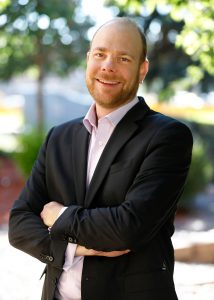 “Our innovative and rapidly expanding space applications business is accelerating toward a position as a key prime system and services provider for the space industry,” said Sierra Space CEO Tom Vice. “Erik brings a wealth of knowledge and proven execution experience to our team across not only satellite products and services but also in space systems engineering with applications in communication systems, space protection, re-entry vehicles and exquisite Earth Observation systems. Sierra Space is committed to bringing our customers affordable, resilient, and responsive systems that meet their commercial and national security needs.”

Most recently at Lockheed Martin Space, Daehler served as Senior Director of Protected Communication, where he led development of next-generation satellite communications product offerings, technology solutions, satellite design and system architectures for the U.S. Space Force, U.S. Navy and the Space Development Agency. Prior to that role, he was Director of Product Innovation for Boeing Space, and worked on new satellite platforms such as the first-of-a-kind 702SP all-electric, dual-stacked satellite and the 502 Phoenix remote sensing and servicing satellites. He also developed next-generation space systems at Boeing Space, including the X-37B.

Daehler has a strong background in optical physics with broad applications in communication and space remote sensing missions. He first joined Lockheed Martin at NASA’s John C. Stennis Space Center in 2000, where he performed radiometric calibrations of space and aircraft based multispectral and hyperspectral earth observation systems.

Sierra Space (www.sierraspace.com) is a leading commercial space company at the forefront of innovation and the commercialization of space in the Orbital AgeTM, building platforms in space to benefit life on Earth. With more than 30 years and 500 missions of space flight heritage, the company is enabling the future of space transportation with Dream Chaser®, the world’s only winged commercial spaceplane. Under construction at its Colorado headquarters and expected to launch in 2023 on the first of a series of NASA missions to the International Space Station, Dream Chaser can safely carry cargo – and eventually crew – to on-orbit destinations, returning to land on compatible commercial airport runways worldwide. Sierra Space is also building an array of in-space destinations for low-Earth orbit (LEO) commercialization including the LIFE™ habitat (Large Integrated Flexible Environment), a three-story commercial habitation and science platform designed for LEO. Both Dream Chaser and LIFE are central components to Orbital Reef, a mixed-use business park in LEO being developed by principal partners Sierra Space and Blue Origin, which is expected to be operational by the end of the decade.